It's no secret that I LOVE a good cab and The Hess Collection has quite a few.  The Mount Veeder Napa Valley Cabernet has proven to be a consistently delicious one for me.  I've tried both the 2011 and the 2012 so far and am impressed by both.

Stopped by The Hess Collection to see some art and buy some wine. Every time I go with the intention of buying a cheaper wine there, they "taste" me into a more expensive bottle or two with their super friendly personalities and their professional ways. I am a total pushover for a delicious Cabernet Sauvignon and they have a few. #winelover #wine #wineadvicebyshawn #cabernet #redwine #napalife #napavalley #dayoff #thehesscollection #napa #shawndrinkswine #wineblogger #itsaroughlife #dayoff #tastingroom
A photo posted by Shawn Christopher Mooney (@shawndrinkswine) on Mar 14, 2016 at 4:16pm PDT


Both were an inky dark garnet red in color but the 2011 had hints of purple making it appear more fuscia around the edges of the glass.

Both smelled of ripe plum and berries with chocolate and a bit of cedar with a toasted caramel or toasted marshmallow sweetness.  Any differences? Yes. The 2011 had a hint of nutty tobacco smell while the 2012 had a light fragrance of leather with a faint hint of alcohol detectable on the nose.

Both were absolutely delicious.
What?
You want more detail?

The 2011:
Very faint alcohol flavor which was balanced out with dark chocolate, ripe plum, rich tannins, a slight acidity, a silky smooth mouth feel, and a very nice finish.

The 2012:
Young.  Had a big start with ripe black fruit, light cocoa, and an interesting mouth feel with rich tannins.  I wrote in my tasting notes that it "roughed up the tongue".  There were notes of tobacco.  A 20-30 minute decant eliminated the alcohol flavor and added a silky finish and mouth feel.

The Mount Veeder Cabernets from The Hess Collection are very drinkable, pair with a variety of foods, and have found a permanent home in my wine rotation.  I highly recommend them.

This is what every night at home should be like. My favorite hobby is filled with deliciousness. #winelover #wine #napa #napalife #napavalley #redwine #wineblogger #itsaroughlife #shawndrinkswine #wineadvicebyshawn #thehesscollection #cabernet
A photo posted by Shawn Christopher Mooney (@shawndrinkswine) on Jan 31, 2016 at 6:53pm PST 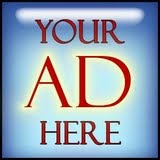